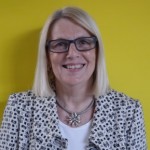 I was born and educated on the Island before leaving to train as a teacher in Sheffield.  I taught in schools in the city before joining Sheffield Hallam University and working on Leadership and Management programmes for teachers with the National College for School Leadership and providing leadership courses for headteachers.  I welcome the opportunity to join the Governing Body of Northwood Primary School. I am a member of both the FMA and the ACL committee. My areas of responsibility are Year 2 and Year 6. To contact me please do so via the School Office – Northwood Primary School, Wyatts Lane, Northwood, PO31 8PU

I was a pupil at Northwood Primary School from 1991 until 1995, and have fond memories of the school and the staff. In 2013 I linked up with Northwood again as the allocated Education Welfare Officer and I have met some of you at parent events over the years. In 2016 my son started in Apple Tree and I stepped away from this role, but the lure of Northwood was too strong and I was delighted to be asked to join the Governing Body. My working life has been spent working with children and young people and I hope the skills and knowledge from my day job, I can bring into my role as Governor.

I am a the Vice Chair of Governors and a member of the ACL committee and became the Chair in September 2019.  My areas of responsibility are Safeguarding, Behaviour and Inclusion. SEND

I am a member of the ACL committee.

Throughout my entire working life I worked within the public sector and, since my retirement in 2014, have worked within the voluntary sector to utilise my knowledge, life skills and experience gained in order to assist others of all ages and ability. This has been especially so with the volunteer work I have carried out with The Children’s Society over the past 4 years in Essex. I moved to the Island in January 2019 and look forward to working with the Staff and Governors at Northwood Primary School Academy Trust and being involved in a role which seeks to make a real difference to young peoples’ lives.

I was born on the island and completed my nursing training at Southampton university.  I currently work on the CCU at St Mary’s hospital.  I moved to Northwood 4 years ago and my son attends Northwood Primary.   He has had the most fantastic support from the school over the last 3 years. I look forward to supporting this amazing school in every way I can. 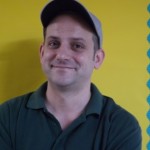 My son attended Northwood Primary so I have seen first hand how excellent and supportive the school is. This inspired me to become a school Governor and am currently serving my second term of office.

I am a member of the FMA committee.

I am a member of the FMA committee. My area of responsibility is Year 1.

I feel privileged to be a member of the Northwood Primary School governing body.  With a daughter currently attending the school, and as an ex-pupil myself, I wanted to become a school governor to make a positive contribution to the education of children and to help make a difference within the community.

As a Mechanical Design Engineer I have a real interest in STEM subjects, especially engineering, and would like to have an influence in inspiring the next generation of young Engineers by using my personal experiences.

I am a member of the FMA committee. My area of responsibility is Year 4.

My children came to Northwood and it was shortly after they started that I became a parent governor. I remained involved and am now a staff governor. I am committed to supporting the school and helping to shape its future.

Working closely with the governing body is a vital part of my role, and it is important for headteachers to produce various documents including headteacher reports for Governors.

Governors who have resigned or reached the end of their term during 2019-2020:

Governors who have resigned or reached the end of their term during 2018-2019:

Academy trusts do not have shareholders; they have members.  The role and rights of members is analogous to that of shareholders. Members of an academy trust do not have rights of ownership in the company like shareholders because the profits of the company cannot be distributed to them. However, the members can control changes in the constitution (subject to DfE approval) and other fundamental decisions relating to the academy trust. Members also have the right to remove a governor by ordinary resolution (a vote passed by a simple majority of members).

I was delighted to be appointed as the Clerk to the Governing Body in 2015.  I have many years of experience in governance in the charity and health sectors, as well as in adult education and I will utilise my knowledge and experience to support and guide the Governing Body, ensuring a bright future for the school.

My husband and I love this school and really appreciate the fact the teachers and support staff will listen to any concerns we have.